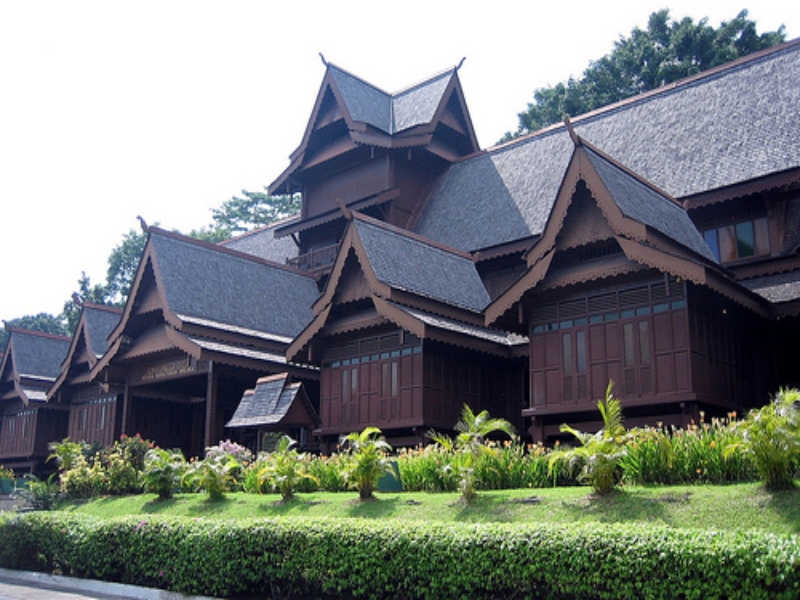 The Malacca Cultural Museum, located in the Royal Palace, displays the daily necessities of the Palace. The entire palace is a replica of the building according to the records of the 15th century palace in the Malay Chronicle. The main exhibits in the museum are Malacca culture, as well as costumes, weapons, stone carvings, musical instruments and photos from all over Malaysia. There is also a diorama here trying to describe the Sultan's court.