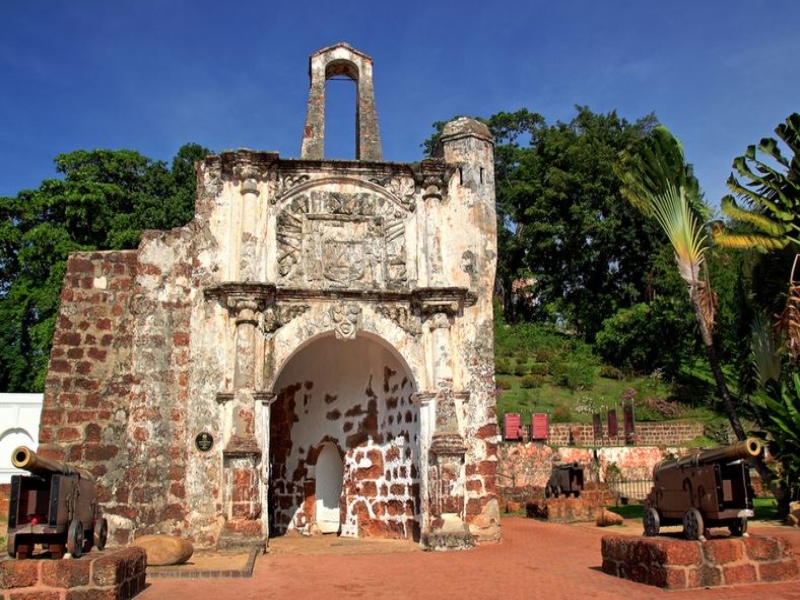 This castle is because the Sultan of Malacca rejected the unequal trade demands of the Portuguese. The Portuguese occupied Malacca by force and built this castle to defend the Sultan's army, and then changed hands to the Dutch, and then the British. Invasion, the British army was almost destroyed, so after the victory of the war, the British decided to demolish the castle, but due to the interference of many parties, the castle gate was preserved